February seems to have whizzed by and has nearly disappeared!  I have taught a couple of classes and attended another.  Someone else has moved into our house and several visitors have come and gone.

On Valentine’s Day I taught another Beginners Class at Me and Mrs Fisher. 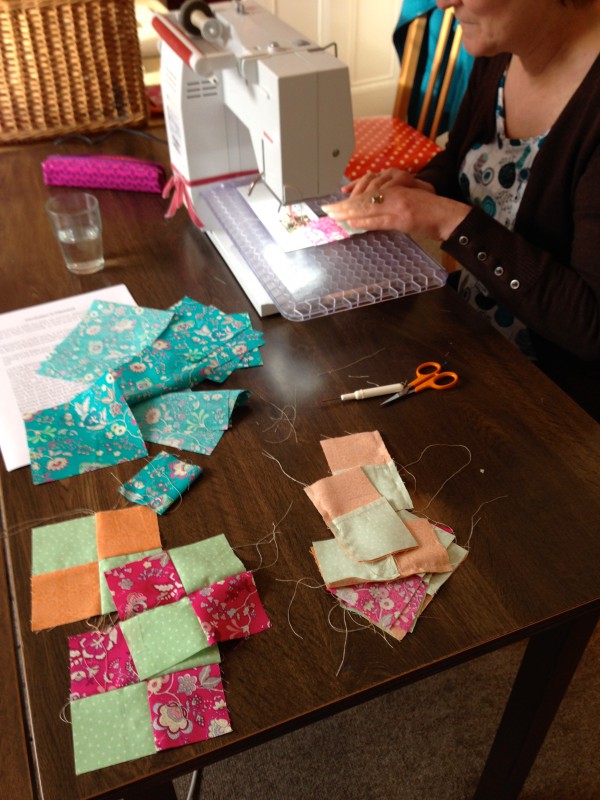 We had a lovely day and Frances and Jane did really well and went away very excited about their new found craft. 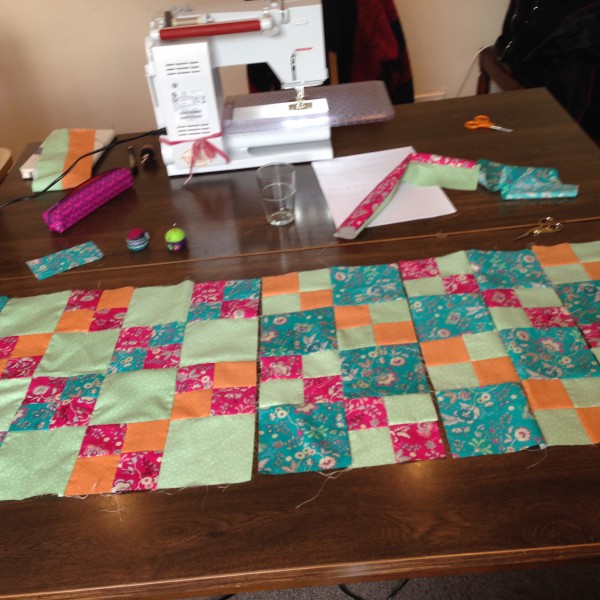 The following day, Alice and Lauren went off to York School of Sewing to learn how to make Pj trousers with Nadine.  I bought them each a voucher for Christmas.  They returned each with a pair of trousers and very pleased with themselves.  I realise I don’t have any pictures …. I will sort that out and add them later.

Priory Patchers had organised a Baltimore Workshop with Jenny Barlow.  As she is a friend of mine from Romsey days, she came to stay with me.  We had a talk at the meeting on Tuesday and a workshop on the following day. 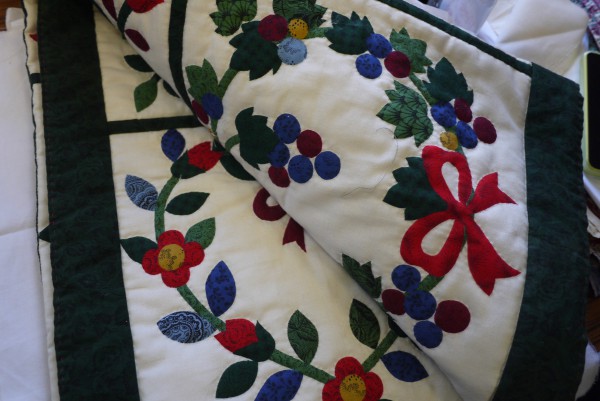 I really enjoyed it, but it was more fiddly than I had realised.  I think practice will help with my needle turning and I am determined to finish what I have started here which is a woven basket with flowers and a plaited handle. 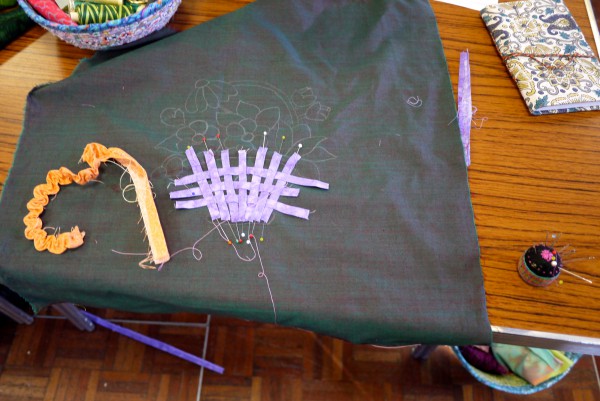 I updated an old workshop of mine previously seen at Festival of Quilts.  It must have been 2012 when I developed this little ‘box.’

I made it larger and included stitch and flip patchwork for a children’s session at York School of Sewing. 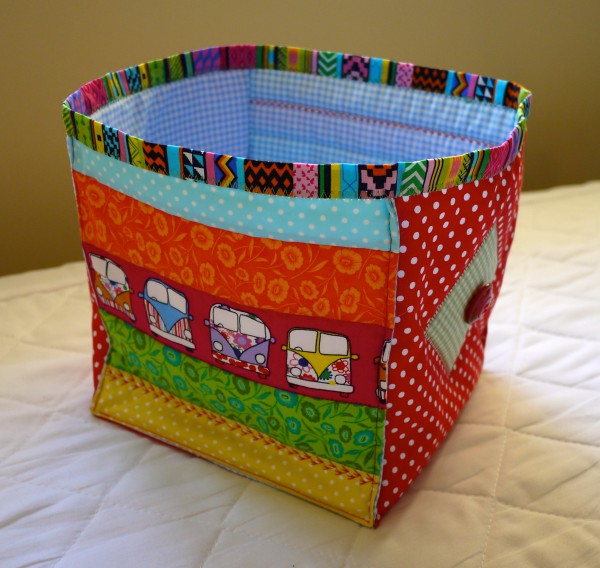 I only got one taker for this, but no matter.  Lucy and I had a lovely time and she was so pleased with what she made. 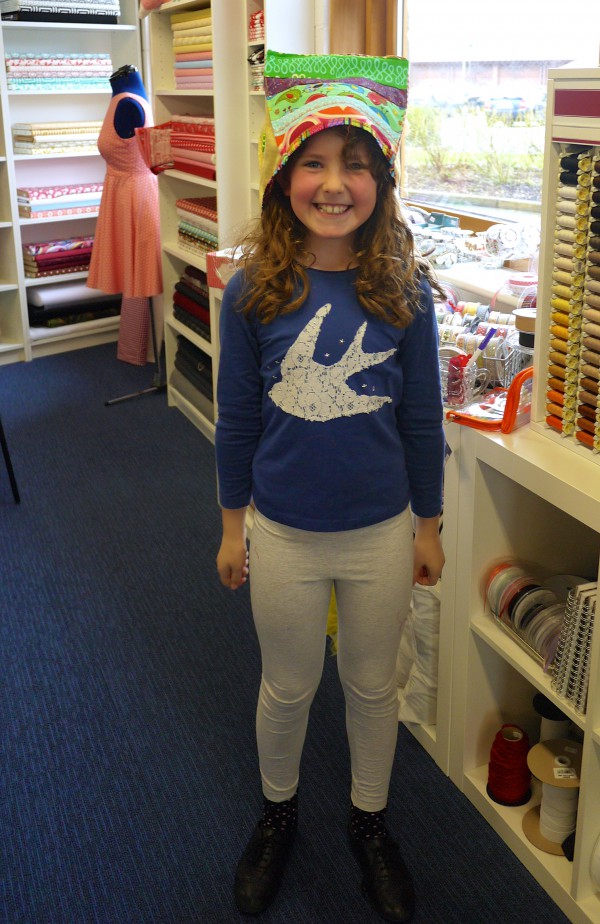 In the mean time we have a new member of the family.  I was offered a tortoise that was no longer required by another family.  As I have mentioned before, I grew up with a tortoise that my mum still has, so I jumped at the chance.  So this is Frank (previously Flash). 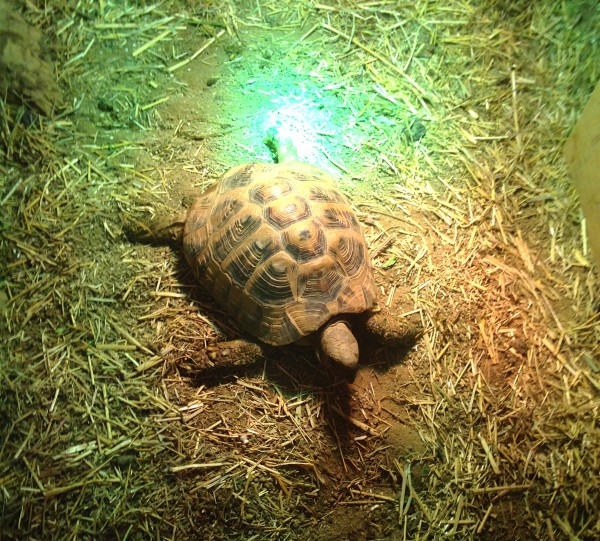 He was hatched in 2002 in Slovenia and emigrated to the UK three years later.  He came with a ‘tortoise table and a heat lamp’ and will be moving into the garden when the weather gets warmer …. probably the end of April or May.  He is very sleepy but seems perfectly happy when he is awake and has taken a particular shine to Alice!  Ella doesn’t mind, but finds it very hard to sit still when he has been allowed to walk about in the sitting room.  Frank, seems not to have any idea that anything else could be a danger and so walked right over Ella’s front paws!  He is also inclined to stick his head right out to look at everything.  Later in the year he will be going to meet much older and wiser Susan – hopefully she might be able to teach him some useful things about pulling his head in!

There was a Viking Festival in York this weekend so the city was invaded.  It is surprising how many Viking there still are! 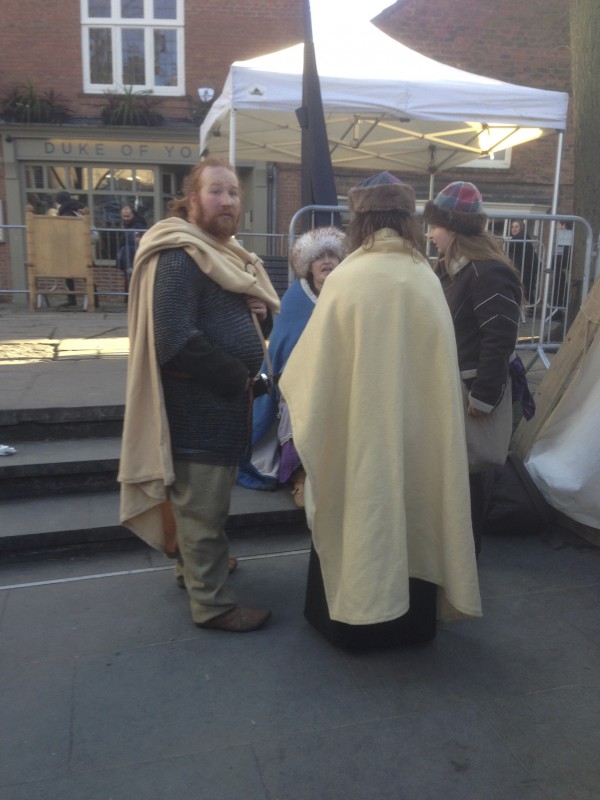 Fortunately this crowd didn’t seem too set on rape and pillage.

My Etsy shop; Dog and Button, is now open for business and full of "Folk Angels" in time for Christmas!